In this episode, I share some poetry, quotes, an essay, and a playlist of material created by Black artists.
https://northumberland897.ca/nothing-exists/2020/6/15/the-nothing-exists-radio-hour-s3e17-amplifying-black-voices

The Nothing Exists Radio Hour stands with Black Lives Matter. These are some resources to assist in learning more about actively practicing anti-racism in our lives.

“Dear White People, This Is What we Want You To Do”
https://insidethekandidish.wordpress.com/2020/05/30/dear-white-people-this-is-what-we-want-you-to-do/?fbclid=IwAR2hDzM1jRE2bQDgF4LNWfJQftxywBSycH3gJ43bkTQ1vC2CTamKchq4764

“Showing Up For Racial Justice: Five Ways White people Can Take Action in Response to White and State-Sanctioned Violence”
https://medium.com/@surj_action/5-ways-white-people-can-take-action-in-response-to-white-and-state-sanctioned-violence-2bb907ba5277

75 Things White People Can Do for Racial Justice
https://medium.com/equality-includes-you/what-white-people-can-do-for-racial-justice-f2d18b0e0234

“George Floyd’s mother was not there, but he used her as a sacred invocation” An essay by Lonnae O’Neal
https://www.nationalgeographic.com/history/2020/05/george-floyds-mother-not-there-he-used-her-as-sacred-invocation/?fbclid=IwAR1QwvwtWe-JfD_Jea-eV1Fk1pUCLmq49f6V023YRM92-y_PYYLeQBk1TAs

Where to Find Diverse Kids Books
https://www.embracerace.org/resources/where-to-find-diverse-childrens-books
Your Kids Aren’t Too Young to Talk About Race: Resource Roundup
https://www.prettygooddesign.org/blog/Blog%20Post%20Title%20One-5new4

“Here’s How to Start Fixing Racism in Cannabis Dispensaries”
https://www.leafly.ca/news/industry/heres-how-to-start-fixing-racism-in-cannabis-dispensaries

“Defunding the Police Will Save Black and Indigenous Lives in Canada” by Sandy Hudson (Co-founder of Black Lives Matter Toronto)
https://www.huffingtonpost.ca/entry/defund-police-canada-black-indigenous-lives_ca_5ed65eb2c5b6ccd7c56bdf7d?fbclid=IwAR2AWe3BPOEIPdHDKvFN7Hino_38SH7sp54fqUYAUNJ3YUubWhjHfn4kj24&guccounter=1&guce_referrer=aHR0cHM6Ly9sLmZhY2Vib29rLmNvbS8&guce_referrer_sig=AQAAAGpVKJDTmAiin1B0xuk8zTYg0VgFlsESr7jfjLNsaWW5bP67Dunn97ZAD3rHaK6cm0eEK4IA7j00MEkde84j0E23kX5fBqXA9PDPyuci7RTb-dKlbgVZMbjQKmBk_5a1vUOJdGZt_mXZG9ErGsqVBDBciyWxgDyqE0sip2E_eUCR


Big thanks and much love to Elyse, Julien, and Maya Comire for their beautiful voices!

Check out my conversation with Trev Jones!
https://northumberland897.ca/nothing-exists/2020/6/11/the-nothing-exists-radio-hour-s3e16-trev-jones-cannabis-and-rso

We talk about:
– How Trev got into cannabis and how it benefits him
– His journey in the cannabis industry
– Some of Trev’s opinions on legalization and the way “legal” cannabis looks so far
– Rick Simpson Oil aka RSO aka Phoenix Tears
– Trev’s new Facebook Live show on Kelly’s Green Lounge
– The intersection between Buddhism and cannabis in Trev’s life

Features Tunes:
Purple Haze by The Jimi Hendrix Experience
Hollow Sounds by Dan Andriano in the Emergency Room
What it Takes by Choclaire and Jully Black
Three Little Birds by Bob Marley and The Wailers

Check out my interview with an anonymous guest! 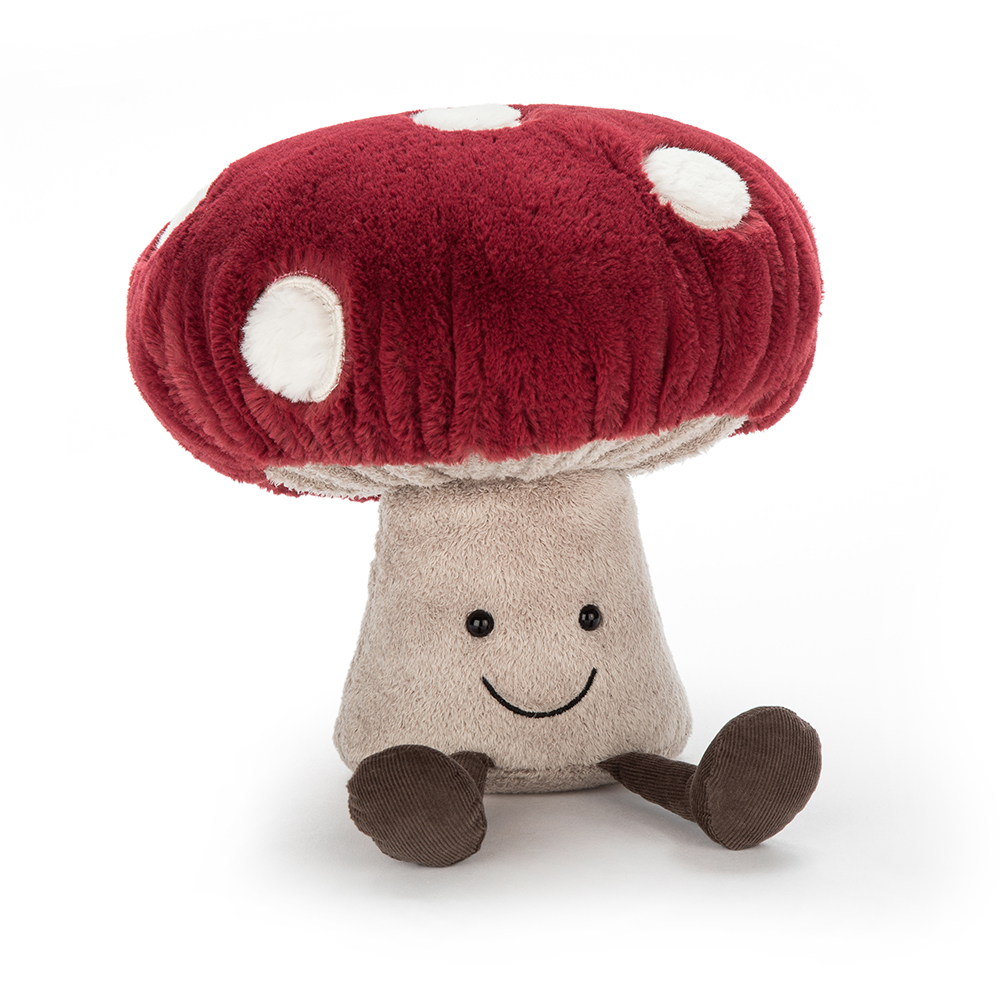 We talk all about psychedelics…

PLEASE NOTE: We’re not condoning the use or production of psychedelics, this is just a conversation. Please educate yourself on the potential physical, emotional, and legal risks associated with psychedelics.

Listen to my episode with Miranda Trefiak!

We talk about Medicine Wheel,  all about how she finds cannabis beneficial, Mukwa Botanicals, Medicine Wheel’s 420 events, and more!

Check out my interview with Maria Papioannoy-Duic here!

The Nothing Exists Radio Hour Ep. #37: Brett Lavender (Vocalist in This! Is a Crisis, Gunt, (and more) and medical cannabis patient)

Listen to the Podcast (recorded at Rotilicious) HERE!

Check out our conversation where Brett and I chat about:
– How Brett got into music
– How music keeps him well
– The details on Brett’s long time band, This! is a Crisis (and some updates on his other bands too!)
– Promoting DIY shows
– DIY punk communities
– Why we love punk rock (and how we first got into it)
– How music keeps Brett well
– Medical cannabis use and how it’s beneficial
– Some comments on the new cannabis legislation
– Which strains of cannabis we find most beneficial for managing our symptoms

Nothing Is Fair in Love and War by Dead and Divine
It All Comes Down to You by This! Is a Crisis
High Cholesterol by Keep Flying
A Message To You Rudy by The Specials

Check out my interview with Adam Bureau where we chat about:
– Adam‘s favourite things about Cobourg
– Adam’s career
– The Cobourg DBIA, Downtown Coalition Vitalization Plan and the Board of Management and Adam’s participation in those things
– The Safe and Inclusive Streets Strategy in Cobourg
– Adam’s vision for economic development in Cobourg
– Affordable housing
– The waterfront
– Transit in Cobourg
– Parking in downtown Cobourg
– Snow removal in Cobourg
– Tourism from a “locals first” perspective
– Being a foster parent
– Youth engagement
– How cannabis could be managed in the municipality post-legalization
– Why Adam’s running for council


Featured Tunes:
A New One by The Tattle Tales
Pink Underwood by The Flipsides
In a Letter Never Sent by Even in Blackouts
Suicide Bomber by Against Me!

Check out my interview with Nicole Beatty! We chat about:

Local Organizations Nicole is Associated With:

Featured Tunes:
Born to Love You by Ellen Torrie  (Click her name to check out her rad new website!)
I’ll Wait by Sweet Alibi
Burn the Rapists, Not the Witches by Backyard Riot (From their brand new, locally written and recorded EP!)
Bro Hymn by Pennywise

I am a person who lives with several chronic illnesses and who manages these illnesses through diet, lifestyle, and using cannabis.You can read, in detail, about me discovering the benefits of cannabis here.  I’m a person who initially became a medical cannabis patient under the the MMAR  and then the MMPR. I’m also a person who works full time in the cannabis industry.

I am a person who has, at one point, received a letter from Health Canada telling me I’d no longer have the option to grow for myself.

I never received a letter when some of this legislation was found unconstitutional .Then came the ACMPR. That’s where medical patients sit now. Confused? Here’s a timeline.

The current legislation (assuming you’re not going to actually go through to read all of those links) relies heavily on cannabis production through Licensed Producers (LPs) to supply patients with their medicine. The mass scale of these grows inevitably results in lower quality medicine, due to the complexity of the nature of the plant. There are several reasons for this, one of them being that LPs, by design, are simply not meant to operate in integrity to the plant (or to the benefit of the patient). The object of an LP is to make money in this booming industry, effectively pushing aside “grey” industry experts and patients. In fact, unless you have some investors with major money and influence, and can’t even start an LP. You can really see how this plays out practically when you consider the number of LP owners or investors who are either former cops or politicians.

It’s not uncommon for patients who rely on LPs to have their medicine recalled or unavailable. With the introduction of the recreational legislation, there will be even more pressure on these publicly owned monopolies that already struggle to keep up in a rapidly growing medical market, let alone a recreational one.

Here are the party’s platforms regarding cannabis legislation:

Only 2/4 parties have a clearly defined plan around cannabis legislation, which leads me to believe that the Liberals and Greens are the only parties that understand

a) the vast potential of the cannabis industry

b) the importance of managing medical and recreational access to cannabis for medicinal reasons and also to reduce the black market, and thus, various forms of violence that include criminalizing individuals.

The problem with the Liberals’ approach is that there is opportunity and increased access in the privatized cannabis industry- especially when regulated in addition to publicly owned grows and dispensaries. Relying solely on publicly owned production facilities will put more pressure on Canada’s already flawed LPs. This is bad news for patients who rely on LPs. It also doesn’t leave appropriate space for Indigenous communities, who have exceptionally valuable knowledge about what works in the cannabis industry in a way that centers patients and the plant itself to participate in an industry they’ve had a significant role in building and a cultural right to engage in.

Similarly, activists (many of whom are patients!) are being persecuted and excluded from the industry they have built through Liberal “legalization”. It’s no secret that people of colour and people with disabilities are disproportionately criminalized for their participation in a grey or black cannabis industry they’re forced to participate in because of the structuring of the Liberal conception of cannabis legislation. In fact, “black people with no history of criminal convictions have been three times more likely to be arrested by Toronto police for possession of small amounts of marijuana than white people with similar backgrounds, according to a Toronto Star analysis.”.

It should be noted, that none of the parties’ platforms include anything regarding pardoning peoples’ prior criminal convictions related to cannabis upon legalization.

The Green’s approach makes the most sense. That being said, I’d like to take the opportunity to briefly elaborate on and provide feedback on the Green’s platform related to cannabis legislation:

“The Green Party believes that the distribution of Cannabis in Ontario is an opportunity to create jobs and boost local business. Allowing for a mix of public and private vendors will allow us to serve many more locations and eradicate black market sales.”

b) Publicly owned businesses (ie. LPs) with a MAJORLY revamped set of regulations that would allow for the plant to be managed in a way that maintains its integrity. This means no pesticides and the use of sustainable practices.

c) The ability for people to grow for themselves with an open genetics market/regulations around restricting genetics. Look no further than California to see what happens when you allow monopolization and restriction of cannabis genetics. Cannabis is a genetically complex and diverse plant that varies greatly in cannabinoid content and creates vastly different effects depends n the strain. What helps one person with some symptoms may be totally different than what helps another, and people ought to be able to access the medicine that works for them.

“Revenue capture in sales must be dedicated to health and education programs that help consumers make informed decisions that protect them, their families and the general public”

Cool. Keep in mind: a key priority should be on preventing stigma against people with disabilities and education ought to be informed by the wisdom of Indigenous people who have used this medicine traditionally for far longer than any of our governments have been involved in regulating it.

“When cannabis is legalized, it should accessible, safe and help local businesses to create employment in both the public and the private sector.”
Again, it comes down to those multiple points of access I discussed earlier.
There’s a lot of world building to do here, but I think that the green Party’s platform is a good place to start. Let’s get to work.