After I’ve opened myself
A thousand times
-More than that
Uncountable times
Exposed the insides
That I wear so outwardly
You would think that
Maybe
I would find some way
To feel held
By the fractured ice,
By salt stains, bright lights
But as it turns out,
It is me
My plain language
My “could be pretty” face
My still-too-big body
Where I sit with my
Self-loathing
Where I turn it into
Care and compassion and the
Tight embrace
I have searched through
Winter for
For eleven years.

The intention of this project is to promote healing and storytelling through community and performance. There will be an open call to anyone who wishes to get involved in the process of creating a piece of performance art regarding the topic of disordered eating and performance.

There will be a five week series of workshops where this group of people will discuss things such as:

What is disordered eating?

How does performance affect people physically and emotionally?

The difference between intentional and unintentional performances regarding disordered eating

Is there a place for people with disordered eating behaviours in spaces that promote performance?

How can we support one another regarding disordered eating behaviours?

while also taking care of ourselves?

How can being creative contribute to healing?

How does body image affect performance?

The lived experiences of performers with disordered eating behaviours?

Other topics will likely come up, and anyone involved in the collective will encouraged to bring up topics that are relevant to the project. Notes will be taken at each workshop. Workshops will be co-facilitated by Lyss England and Jillien Hone. Workshops will be done according to To the Root’s community discussion format. 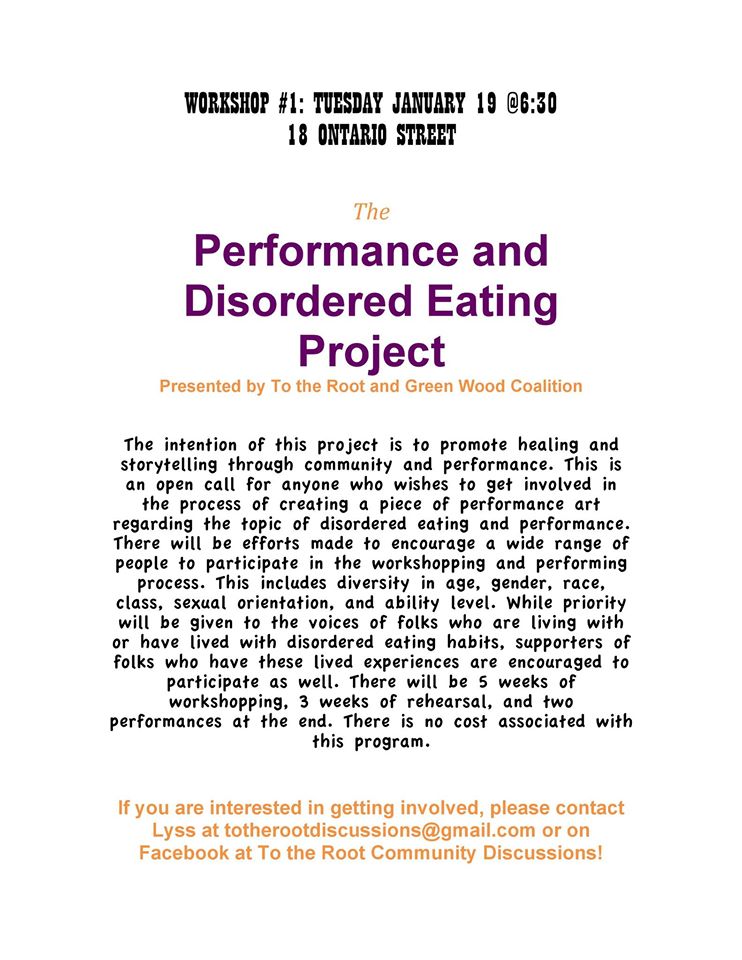 The above is a collaborative piece of art that was produced during the process of The Performance and Disordered Eating Project. The artists involved are Lyss, Jill, Lindsey, MJ, Clayton, and Marcela. 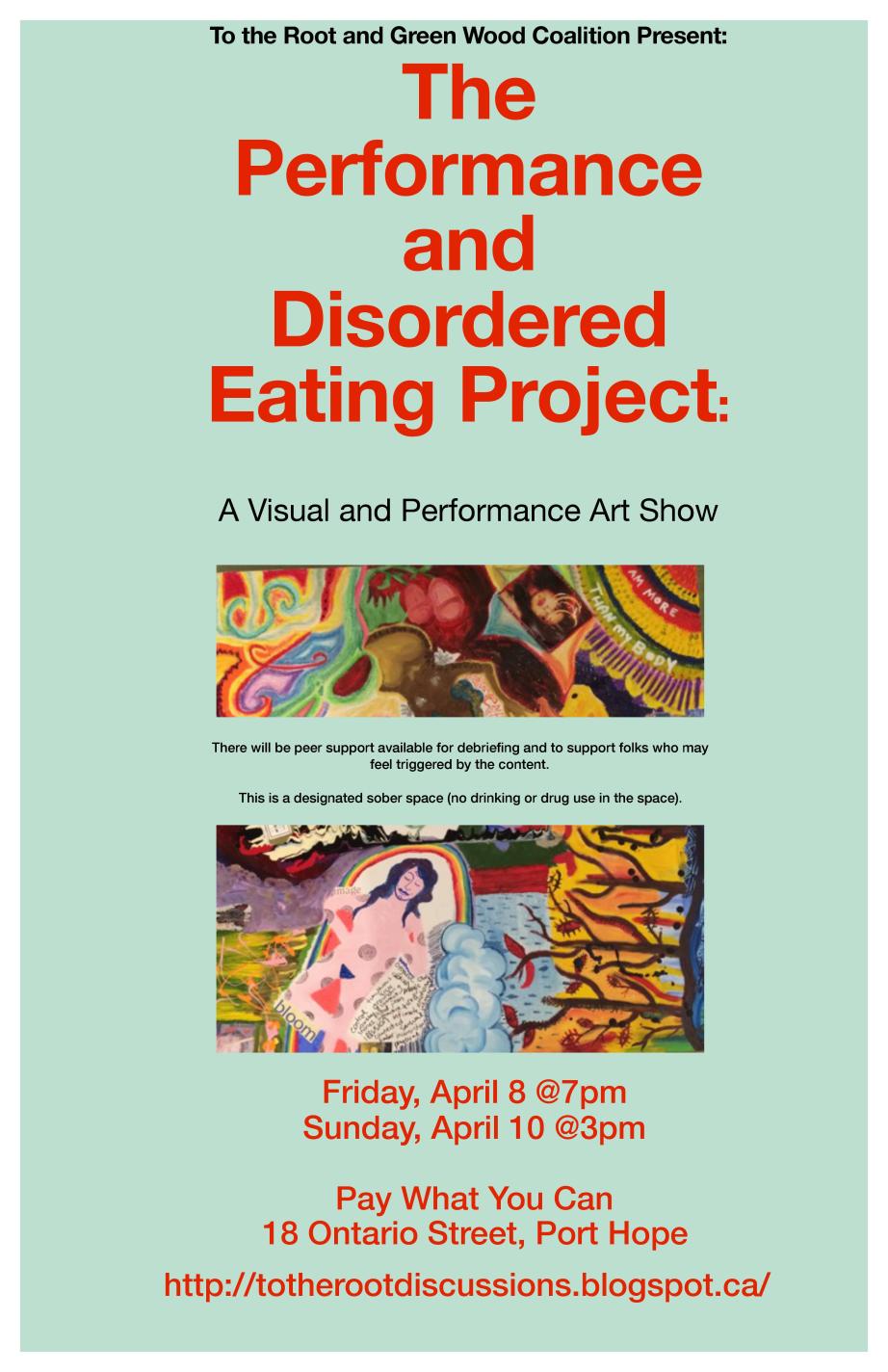