Check out my conversation with David Piccini, our MPP  here in Northumberland.

We chat about what he loves about Northumberland, some of the policy he’s feeling excited about, and I communicate a few concerns I’ve heard about Conservative policy, which David gives his perspective on.

If you want to reach out to David, which I highly recommend doing (he’s super approachable and *BONUS* has a very cute dog who hangs out with him at his office), you can find his contact info here!

The Nothing Exists Radio Hour Ep #6: Deviants and the Odd Man Out, Port Hope trans punk

LISTEN HERE if you missed it live!

Join Lyss and guests, Jesse, Zoe, and Olivia of Deviants and the Odd Man Out to discuss things like:

“Searching For a Former Clarity” by Against Me!

“One fan wanted to know which older Against Me! songs referenced Grace’s wish to transition before she did. She said, “‘Searching for a Former Clarity’ with the line, ‘Confessing childhood secrets of dressing up in women’s clothes. Compulsions I never knew the reasons to.’ Both ‘The Disco Before the Breakdown’ and ‘Tonight We’re Gonna Give It 35%’ are about gender dysphoria. ‘Pretty Girls,’ pretty much all of [Against Me!’s 2005 album] Searching for a Former Clarity is about it, I guess, except for the obvious anti-war songs. At the time, the band was facing intense scrutiny from the punk scene about the politics of what label we were or weren’t on. That album was me saying, ‘I don’t even care about these things. Do you really want to know how it feels on the inside right now and what I’m really thinking about?'” – Rolling Stone

“I’m a Transvest-lite” by NOFX 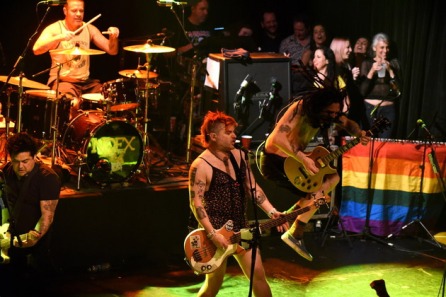 “We have a song on the album called I’m a Transvest-lite where I talk about crossdressing and how I secretly did it when I was a teenager. And now I’m open about it.

After this record, pretty much all my secrets are out there, so I’ve lost all pride and shame, which are two things no one really should have.”  – Fat Mike via CBC A few nights ago, there was a fatal shooting at my local hospital. A couple in their 70s who had been spending the summer, as usual, in Northumberland County were patients in the hospital for undisclosed reasons when the husband, Tom Ryan, shot his wife, Helen Ryan, before being shot and killed by police. Immediately, there were vague reports released on social media by local media, and immediately, people began speculating.

The overwhelming response I observed was that it was a mercy killing where Helen must have been terminally ill and her husband, graciously, had agreed to end her suffering. Within the next day, the story was uncovered that Tom had been a “violent, horrible man” who Helen’s cousin, Connie Woodcock, had expected would potentially kill her eventually.

“I did expect him to kill her sometime. We are all shocked it happened, but not terribly surprised,” Connie told Northumberland Today’s Pete Fisher.

I’d like to believe that the reason so many people immediately assumed this to be a mercy killing is due to people wanting to believe the best about one another. However, I think that this reaction is also, at least partially, due to our culture’s tendency towards sticking our heads into the sand when it comes to intimate partner violence and unhealthy dynamics in relationships. Maybe it even has something to do with the dynamics associated with ageism, where few people realize that domestic violence is an issue for seniors who have been married for a long time.

Even with the #MeToo campaign going viral, and the more local expression of solidarity with survivors of gender-based violence, Take Back the Night Port Hope in the very recent past, there were only a few women I knew who were whispering amongst each other, do you think this may have been intimate partner violence?

The standard gendered expectations are often our default: he was protecting her. As it turns out, Tom Ryan had been controlling for a long time in ways that many intimate partner violence survivors can relate to. Helen’s cousin Connie told Pete Fisher,

“He had threatened Helen many times. She had no money of her own,” she said. “I thought at times that she was right over the edge too, except when I spent time with her she started to be more normal and like the person I knew as a kid. He completely had her under his thumb.”

This kind of behaviour is common in many relationships. Sometimes it is obvious to friends and family members, but often, it’s far more subtle. In fact, there are similar toxic relationship habits that are relatable for far too many people. Some of these habits may include:

It’s important to talk about these things. It’s also important to talk about the role toxic masculinity played in this murder, as well as in intimate partner violence in general. While women are expected in our culture to be polite, caring, and submissive (an expectation that is changing, but still systemically ingrained in Canadian society), men are expected to be the opposite. Strong, emotionless but for anger, controlling, in charge. Basically, constructs of masculinity encourage a kind of spiritual death that isolates and dehumanizes men, and feeds violent behaviour, especially in relation to women, who are constructed as opposite these highly-prized masculine traits.

While constructs of femininity have been and are continuously going through a radical reconstruction, constructs of masculinity, by their nature, have not evolved in the same way. Further, the radical reconstruction of feminine gender appears, in 2017 Small Town Ontario, to be causing a reaction in the form of hypermasculinity. It makes sense- an action results in an equal or greater reaction.

So let this be a call of anyone who bothers reading this to work harder on doing that work that healthy relationships require and to magnify is voices of survivors of intimate partner and gender-based violence.

And let this be a call to the men reading this to do that work required to redefine masculinity- because the current construct isn’t working for anyone, when you really think about it.

Resources (to be added to):

10 Habits of Couples in Strong and Healthy Relationships- Bustle

How to Recognize and Respond to Intimate Partner Violence- Everyday Feminism

Mission: Take Back the Night is a community based event to protest the fear that women and trans people have walking the streets at night safely. Take Back the Night is also a grassroots event that honours the experiences of survivors of sexual violence, sexual assault, childhood sexual abuse, domestic violence, and survivors of state violence such as police brutality, racism, ableism, sexism, and other forms of institutionalized violence. The goal of the event is to offer Northumberland County residents an opportunity to stand together in solidarity against institutionalized violence and oppression as a community. The event is free to attend.

When: Thursday, October 19 at 7PM
Where: Memorial Park, Port Hope (the traditional territory of the Haudenosaunee, Anishinaabe, and Wendat peoples)

People of all genders are welcome at this event, which centres the women and femmes who disproportionately experience gender-based and sexual violence. Men, we invite you to walk in solidarity with us.

Peer support will be available if you find yourself in need.

There is an after-dark walk component to our event, so you may wish to bring along a flashlight or be sure to have your cellphone charged to use the flashlight app. Choose your footwear accordingly.

Our itinerary:
Meet at 7PM at Port Hope’s Memorial Park to gather, get direction, and hear a few songs and stories.

Then we walk together, on a short, accessible route through Port Hope’s downtown, through a quieter, more dimly lit stretch along Lent’s Lane and back to the park via Dorset and Queen Streets.

We’ll close out with a few more performances back in the park, and then all are welcome to join us for a low-key debrief with snacks and music at Green Wood Coalition’s space on Ontario Street.

Theme: “We are Not Unfounded”

Earlier this year, the The Globe and Mail released an investigative report into police rates of designating sexual assault reports “unfounded,” meaning officers don’t believe a sexual assault took place. Across Canada, the rate is nearly 20%. In Port Hope, between 2010 and 2015, 45% of reports of sexual assault were labelled unfounded.
Because we believe survivors, Port Hope’s 2017 Take Back the Night event will have the theme “We are not unfounded.” Join us on Thursday, Oct 19 at 7PM.

Articles About the Event:
“A Cobourg woman speaks out on workplace sexual harassment that left her terrified” here.
“Port Hope’s Take Back the Night walk resonates in an era of #MeToo” here. 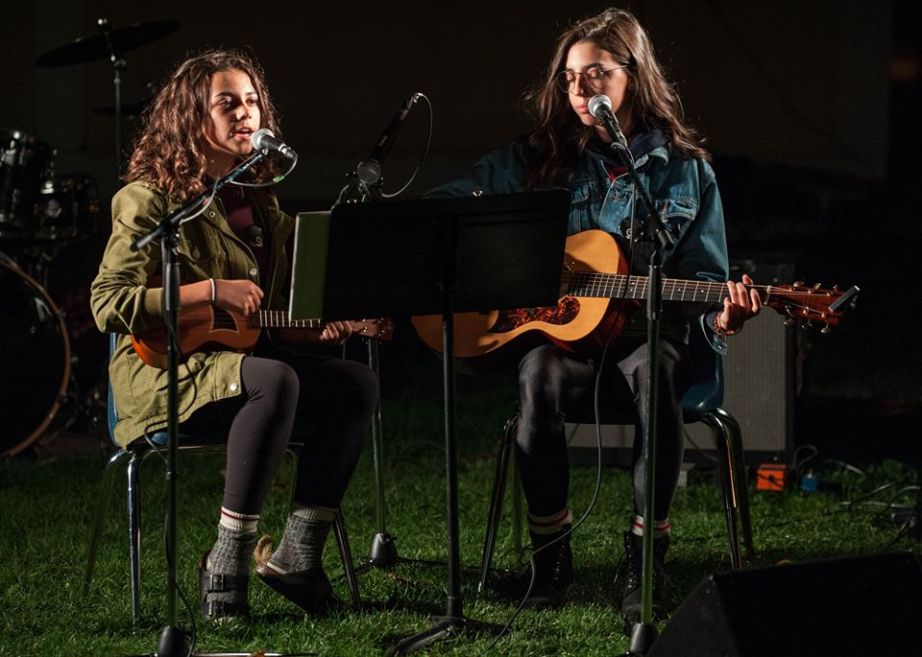 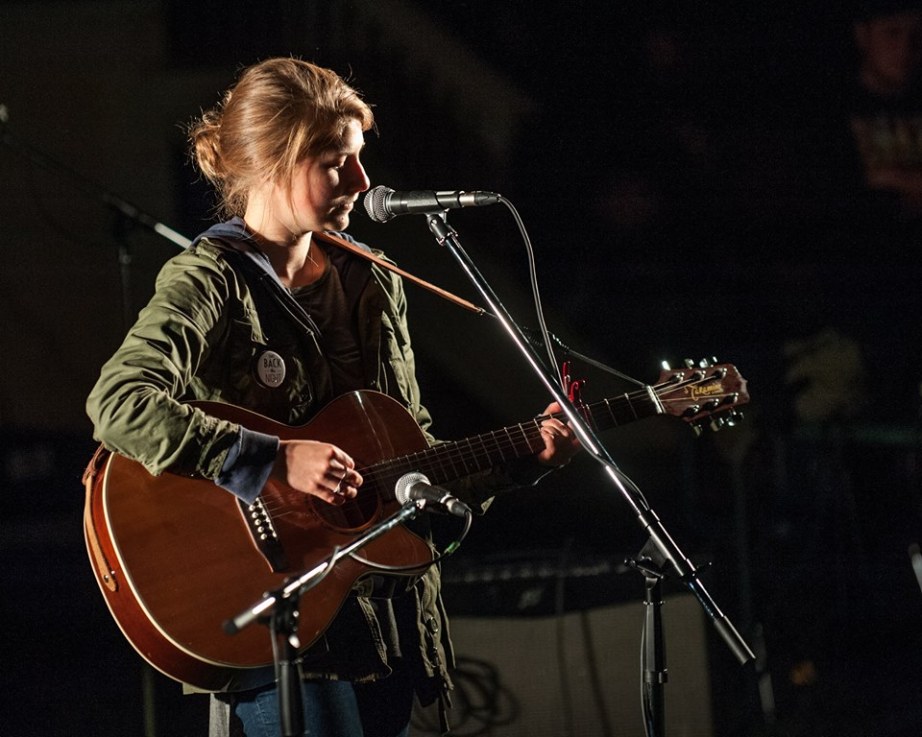 Deviants and The Odd Man Out 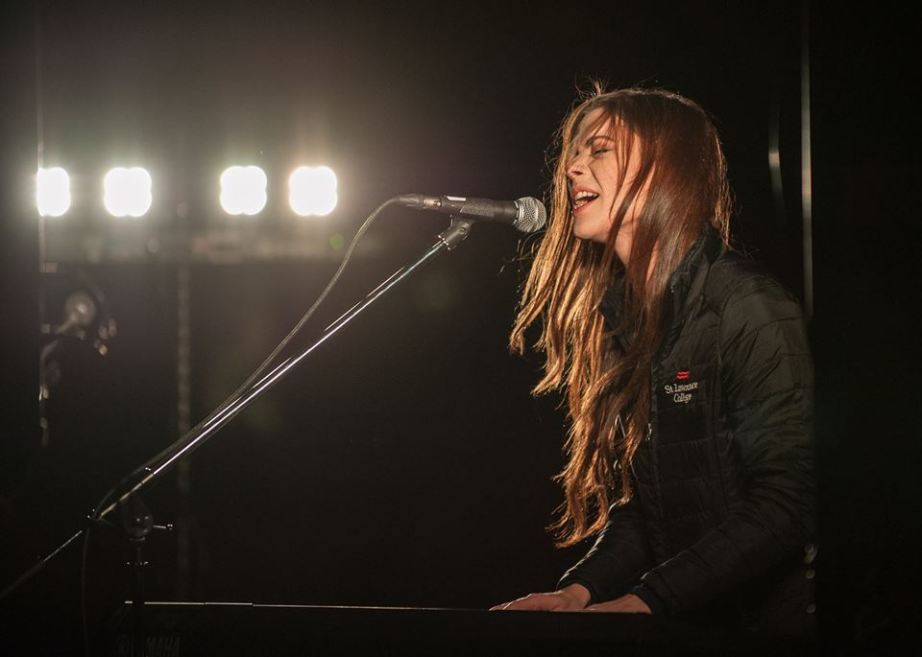 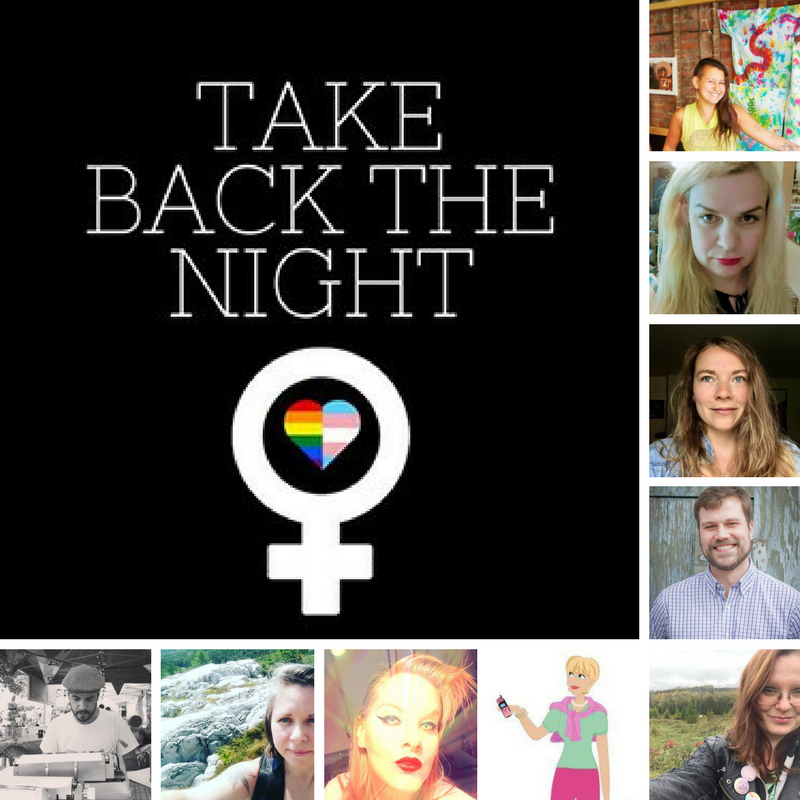 “We’re a diverse collective, and together we share a common interest in making Port Hope a safer and more supportive community for all of us.”

Sometimes
I feel you under my feet
as the lake holds my
sometimes-too-much
body
and I almost remember
how your voice sounds
when you know you’re right
-almost.